Jake Rozier and the Implication 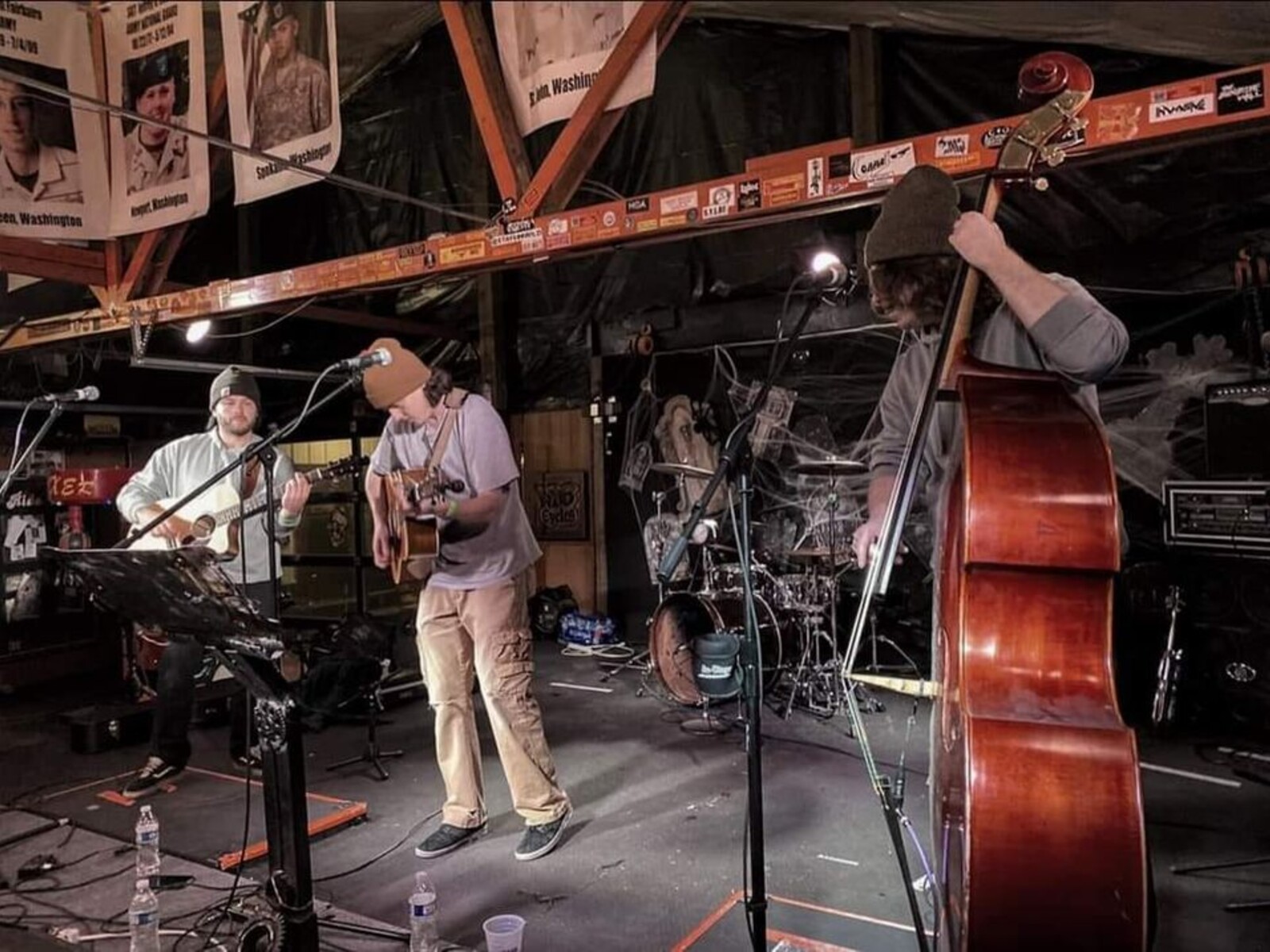 Jake Rozier is a folk singer-songwriter from Spokane who has been gaining some traction in the area over the past year. He is heavily influenced by artists like Hank Williams, Tom Waits, John Prine, and many others in the folk/country/songwriter realm. He also draws inspiration from bluegrass, although he is hesitant to label himself under the genre. Mental health being a common theme in his music, Jake has a way of presenting dark subject matter in his songwriting that will ease you in with comfortable and upbeat melodies, almost tricking the listener into hearing out the message in his songs. In May of 2021, Jake formed a group with Ben Vogel (upright bass) and Erick Johnson (guitar) of Coeur d'Alene. The trio has performed numerous shows in the area since and is planning to record their first EP this fall.